Soonufat Supramaniam also know as Sir Soon was born in Kuala Lumpur, Malaysia to a Thai-Indian father and a Chinese mother, and spent his childhood in a rich and fascinating cultural heritage. He studied Business and Accountancy at Australian National University and received his Postgraduate Diploma in Education from Northern University of Malaysia. Soon's 5 years adventure as a Producer, Director and Performing Artist in Brisbane, Australia has blended his passion in management and commitment towards performing arts education. Upon his return to Malaysia, the journey with Teach For Malaysia has helped him to engage performing arts as a tool to instill 21st century learning skills and discover talent in the highest needs area.

Sir Soon two years with Teach for Malaysia Fellowship has supported him to continued to explore combining performing arts education and language enrichment by working with over 20 organisations which includes SASTRA. In ​2015, Sir Soon reached out to support SMK Lubok Buntar, Kedah as a school teacher via Teach for Malaysia (TFM) Platform during first stage of SASTRA seed fund to support TFM fellows who are keen to explore and implement their plan activites or fellows who are interested to build the Human and Career Development Center (HCDC) with SASTRA. Sir Soon passion and dedication for past 3 years is sure amazing in addition to contributing in SASTRA BrightChamps activities and modules. In 2017, Sir Soon started to show further interest to support the Human and Career Development Center (HCDC) model to 30 schools in District Kulim and also started to guide SASTRA to expand the HCDC project towards other states in Malaysia with the support  and network from TFM Fellows and Alumni. Furthermore, in 2017 Sir Soon suggested to transfer SASTRA HCDC with Teach for Cambodia and Teach for India which is in progress. On the other hand, SASTRA has been engaging in various activities with Sir Soon. Nevertheless, Sir Soon's passion as a teacher leaded him  in designing innovative and impactful programs for over 4 high need schools in Kedah, Malaysia which includes Superheroes Summer Camp, Galaxy Summer Intensives, Performing Arts Institutes, Emas Community Project and Find Your Light 2017.

Inspired by Teach For India, Find Your Light 2017 Youth Musical was the first ever Youth Community Project ever featured in the highly acclaimed George Town Festival and ended up being showcased to over 600 audience members, 30 educators ,8 schools and sponsors. These projects have impacted over 1,000 students over a 3-year-period. As a result of these creative practices, he has been invited to international conferences over South East Asia and  Abu Dhabi to share about alternative education. Sir Soon was recently been featured in Abu Dhabi media for it’s effort in engaging students via alternative performing arts education. While designing alternative education practices to benefit the education sector, he still serve as a English language teacher in a high need school for over 200 students every year. Sir Soon discovered that students with creative potential often being disregarded and ended up hiding their true potential. Working together with a team of 5 teaching artists, he  continue to collaborate with even more funders and artists to design suitable performing arts modules to infuse creativity and performing arts into the education sector. Reflecting on past projects, as his team  discovered, it was the entire perception of education that need to be transformed. If LEAD Academy- his new learning academy was to succeed, it would means young people in his academy would be training in leadership skills and performing arts while following through a rich and personalised curriculum for academic achievements.

In 2017, as the Founder of LEAD Academy and producer of his alternative education practices, Sir Soon believes in realising the creative potential of all children in Malaysia is at the core of unlocking education’s full potential. In navigating through the rich cultural stories and diverse local identities, that is where Sir Soon built students’ voices and courage in creative expression. Through curating and performing their stories in public spaces, his students learn about soft skills within a holistic education framework. Sir Soon continued to teach in and inspire, challenge and empower students even in the most underserved communities. His works has been recognised by State Education Department and International Conferences in Education. The lives and perspectives changed via performing arts education is the reason why Sir Soon still perseveres in this endeavour. It is the creative potential in his students that inspires him to continue his journey as a teaching artist. SASTRA is honored to have a passioned teacher and eduprenuer as an advisor of SASTRA going forward and we are sure that Sir Soon will continue to put the children first before him. 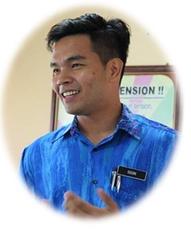